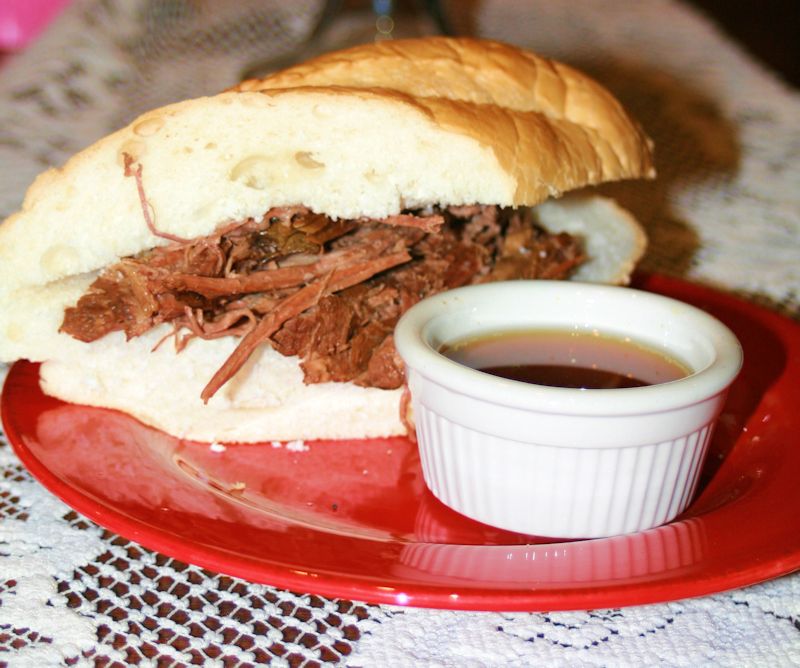 So, apparently there’s a need for a recipe for slow cooker French Dips? I posted on Facebook that I was making it for supper the day before Thanksgiving and had a flurry of requests for the recipe.

As you may remember, I’ve been beef-free for almost 8 years. I had some painful issues when I’d eat beef and we could NOT figure out why, but assumed maybe I just didn’t have the right enzymes to digest it anymore. Turns out, not so much.

After I had a few VERY painful gallbladder attacks, I realized that the pains were very reminiscent of my pain after I’d had beef. Hmmm….maybe the beef thing was a gallbladder thing almost a decade in the making? Seems to be! Since my surgery, I’ve oh-so-carefully re-introduced my body to beef, with great success. I am thrilled to be able to have the occasional steak or REAL burger. And the very first thing my oldest requested when he heard I might be able to have beef again was our homemade French Dips.

These are simply to-die-for! Rich and hearty, with a depth of flavor that is just mouth watering. And they are SO simple – you can definitely throw these in the crockpot before you leave for the day. Or throw them in and torture yourself with the delicious aroma, if you’re holed up from the snowy cold day, as I was. 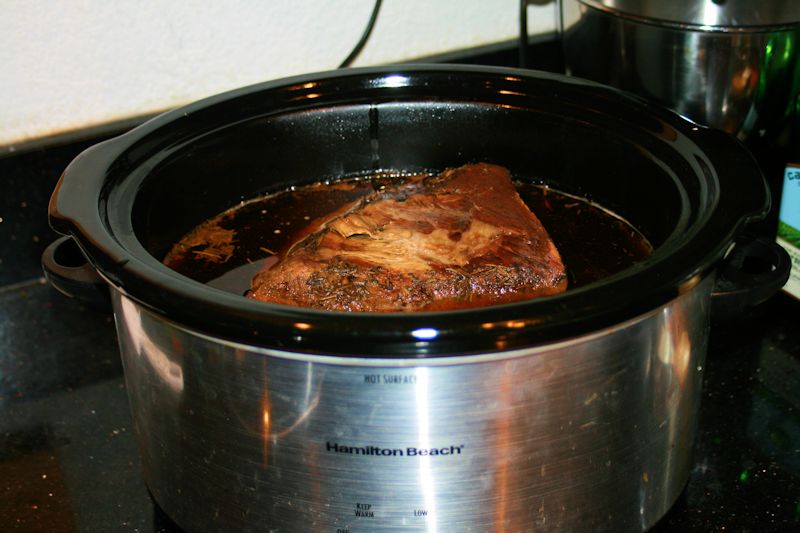 Here are the details:

Remove and discard all visible fat from roast. Place trimmed roast in crockpot.

Remove meat from the slow cooker, reserving broth. Shred meat with a fork and place on bread with some broth. Top with cheese and put under broiler to melt. Serve with additional “au jus” for dipping.

**The original recipe calls for a beef bouillon cube. As you know, I’m dairy free and one of the kiddos has some major issues with food dyes. So, processed bouillon cubes are out of our diet. But, our local health food store has some amazing foods in bulk, including powdered vegan chicken/beef/vegetable soup bases. I sub these into recipes for any type of bouillon cubes. You could always use the bouillon it calls for, a favorite stock base, or throw in a bit of beef stock. It just adds more depth to the flavor of the finished dish.